I bought a package of ID11 maybe already 20 years ago. I never came to use it since Ilfotec and HC110 were better one-shot developers. But now for the Ferrania P30 I decided to stir up this developer mixture.

750ml water at 40 degrees Celsius, stir in Package A which contains Hydroquinone (71%) and Metol (28%) as active ingredients. The other 1% will be preservative or anti clogging (?? preventing lumps) ingredients I assume.

Then, when part A is dissolved, add part B which contains the Sodium Sulfite, Borax and Sodium Tripolyphosphate.

Stir until dissolved, then make up the volumew to 1000ml and store it in a dark bottle.  There are people who believe it should rest at least a day before use. I do not think that is really necessary, but snce it is to warm for immediate use, I let it cool down for use tomorrow.

On the packages I found some interesting information about the chemicals used in different Ilford developers: 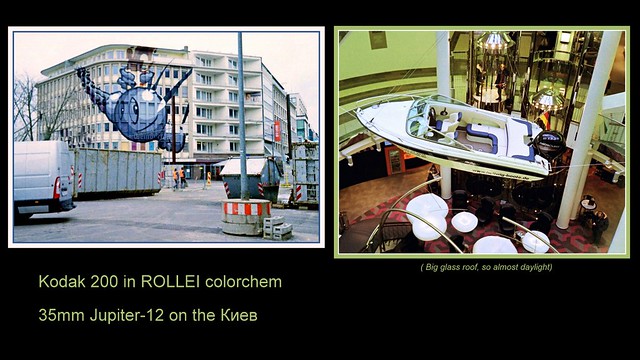